When I found out I was going to be published, one of my first thoughts was ‘hooray that means I can have a book launch!’ Who wouldn’t love, family and friends, books, cakes and bubbles all in the same room! And yesterday that happened.

The first of the ‘Quark’s Academy’ book events was held at the Lindfield Learning Hub. On top of being a brilliant bookstore, it’s an extra special location for me. Lindfield is where I grew up. The Learning Hub was a video store back in the day (old school VHS style). I used to pass the shop coming home from school – often ‘writing’ stories in my mind to fill in the time on the walk home. So to launch my first book there was such a treat. Thanks to Louise and the team at the Learning Hub for having us. (below my special helpers, Henry, Huddy and Josh, handing out lucky door tickets) 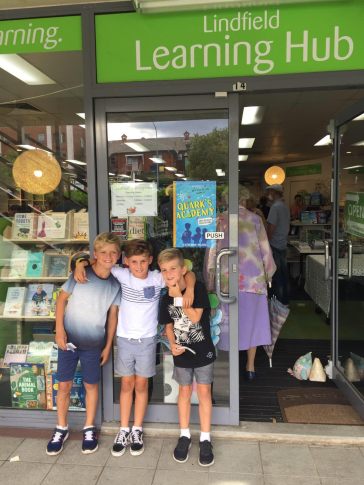 The event was made extra special by the many people who contributed to the day.

Judith Ridge (photo below), someone I greatly respect, officially launched ‘Quark’s Academy.’ Judith is a writer, editor, children’s literature expert and also my first writing teacher. It’s thanks to her encouragement that I found the confidence to keep writing! I learned a lot in those classes and feel fortunate that she was my teacher. Judith gave a wonderful speech which you can read here.

As ‘Quark’s Academy’ is a story about science and inventions, of course there had to be a science show. My friend, fellow writer and science teacher Murray Henstock, along with his two delightful children, Jackson and Grace put on a SPECTACULAR show that had everyone gripped. There were colourful concoctions, clouds and jet packs. Yes, jet packs! Not only that but they each wore lab coats with gold ‘Q’s on the pockets – just like the inventors do in the book! Thank you to Murray, Jackson and Grace (photos below) for your dazzling display of science and for making the day so fantastic. 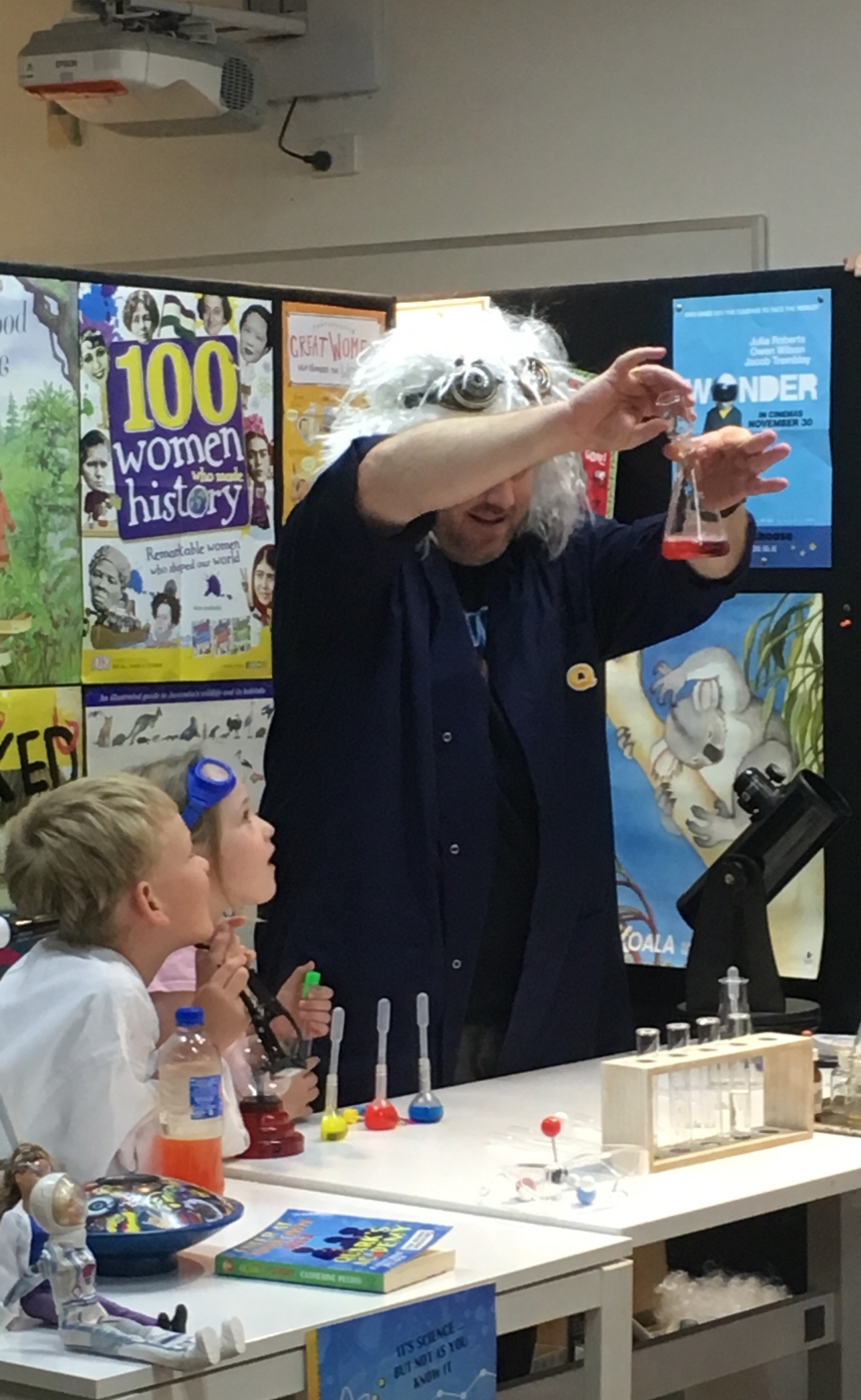 I also shared how I came up with the idea for Quark’s Academy and read snippets from the book. The Learning Hub was full with many enthusiastic young readers, as well as supportive family and friends – all of whom have been so excited for me and ‘Quark’s Academy’ since it was published. Thank you to each and every one of you! Also thanks to Alex Adsett, my terrific agent, and the team at Hachette. I’m beyond excited to have two more books coming out with Hachette and that I can continue to work with their dedicated and passionate team. (Photos below: reading from Quark’s Academy and with my goddaughter Evie). 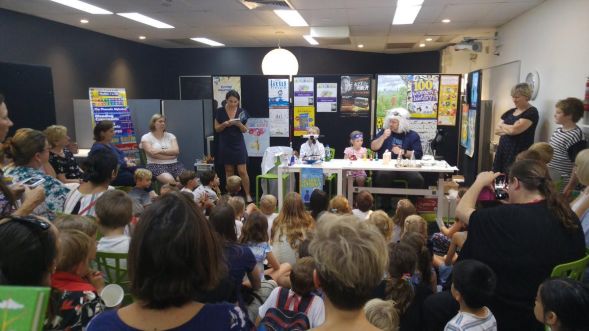 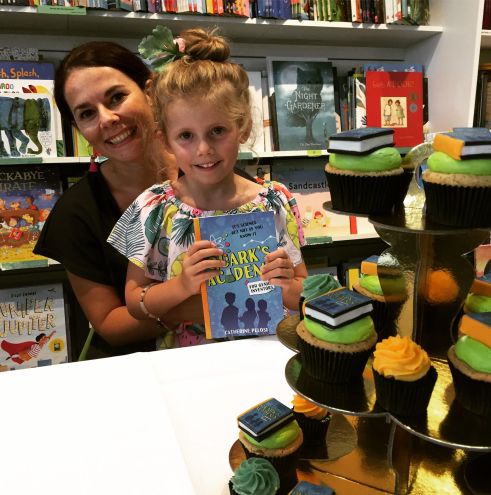 After all the cupcakes were eaten, I was happy to end the day with a photo with my wonderful writing buddies who are also lovely friends. They’ve been there from the start. Thanks to each of you (there are even more who aren’t in this photo like Penny and many others!).  An extra big thanks to Shelly, Kim and Ramona who seemed to be everywhere during the event making sure drinks were full, cupcakes were distributed and books signed! 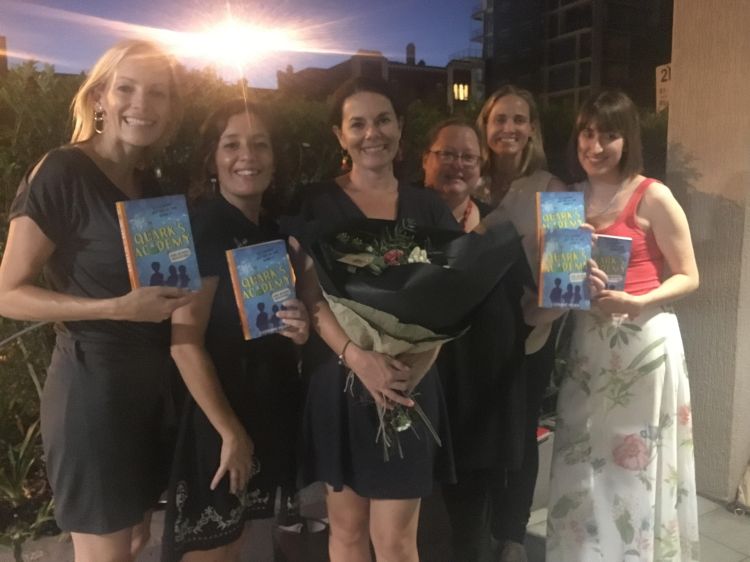 I’ll be taking part in different events at various bookstores in Sydney in the coming months and I can’t wait to keep sharing ‘Quark’s Academy’ with readers. More on this soon.

See you next time
Catherine

One thought on “Launching Quark’s Academy”